Ready to battle or just want to watch? Join our meetup group and come to one of our events!

Follow @heboconsf as we prepare for our first Hebocon battle in San Francisco!

In summary, each Hebocon match lasts one minute and the goal is is for your robot to knock your opponent's robot over, or out of the ring. Points are deducted for any features used that were built with your actual technical skills. Also no overly heavy robots or robots that have destructive features aimed at impailing, dismembering or otherwise destroying other robots.

Most important of all, Hebocon is about having fun and praising one anothers Heboiness. 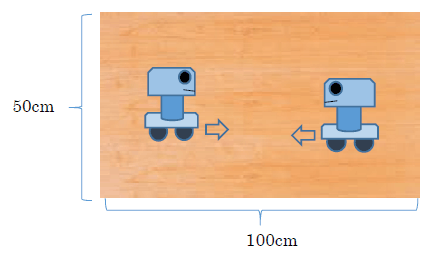 However, this rule is to be applied only up to two times per matchup. From the third time, this rule does not apply.

The time limit of each match is to be one minute. In the case a winner is not decided within the time limit, the robot that has travelled a shorter distance in the ring loses. (This rule is to prevent unmoving objects that are just simply heavy—such as a metal ball or a brick—from being the strongest)

When the judging is difficult

If it is difficult to judge the clear winner based on the above rules, then the final result is to be determined by the audience.

Please participate with a robot that satisfies all the conditions stated below.

In the case any of the following features on a robot have been achieved through the technical abilities of its creator, that creator is to be penalized for demonstrating overly high technical capabilities.

Note: The penalty is not to be applied in the case where there is a high-tech feature on a robot, but not achieved through the technical capabilities of its creator.
Example : A machine consisting of a ready-made radio-controlled car and a bunny wrapped around it would not be subjected to the penalty, as the creator had nothing to do with the creation of the radio-controlled mechanism.

Note: Even if a robot has high-tech features, if the implementation fails or if it does not work at all, it will not receive a penalty.
Example : The robot is supposed to automatically pursue the opponent, but instead it just turns around in place.

Note: Participants will be able to check in advance with the organizer of a particular Hebocon competition whether or not his robot would be considered as being high-tech by the judges.

Hebocon isn't about winning the championship. It is more important to enjoy Heboiness. Don't worry about winning and just have fun!